Human immunodeficiency virus (HIV) is the virus that causes AIDS. When a person becomes infected with HIV, the virus attacks and weakens the immune system. As the immune system weakens, the person is at risk of getting life-threatening infections and cancers. When that happens, the illness is called AIDS. Once a person has the virus, it stays inside the body for life.

The virus is spread (transmitted) person-to-person in any of the following ways:

The virus is NOT spread by:

HIV and blood or organ donation:

People at high risk of getting HIV include:

After HIV infects the body, the virus can be found in many different fluids and tissues in the body.

Symptoms related to acute HIV infection (when a person is first infected) can be similar to the flu or other viral illnesses. They include:

Many people have no symptoms when they are first infected with HIV.

Acute HIV infection progresses over a few weeks to months to become an asymptomatic HIV infection (no symptoms). This stage can last 10 years or longer. During this period, the person might have no reason to suspect they have HIV, but they can spread the virus to others.

If they are not treated, almost all people infected with HIV will develop AIDS. Some people develop AIDS within a few years of infection. Others remain completely healthy after 10 or even 20 years.

People with AIDS have had their immune system damaged by HIV. They are at very high risk of getting infections that are uncommon in people with a healthy immune system. These infections are called opportunistic infections. These can be caused by bacteria, viruses, fungi, or protozoa, and can affect any part of the body. People with AIDS are also at higher risk for certain cancers, especially lymphomas and a skin cancer called Kaposi sarcoma.

These are tests that are done to check if you've been infected with the virus. In general, testing is a 2-step process:

Home tests are available to test for HIV. If you plan to use one, check to make sure it is approved by the FDA. Follow instructions on the packaging to ensure the results are as accurate as possible.

TESTS AFTER BEING DIAGNOSED WITH HIV

HIV/AIDS is treated with medicines that stop the virus from multiplying. This treatment is called antiretroviral therapy (ART).

Regular blood tests are needed to make sure the virus level in the blood (viral load) is kept low, or suppressed. The goal of treatment is to lower the HIV virus in the blood to a level that is so low that the test can't detect it. This is called an undetectable viral load.

If the CD4 count already dropped before treatment was started, it will usually slowly go up. HIV complications often disappear as the immune system recovers.

Joining a support group where members share common experiences and problems can often help lower the emotional stress of having a long-term illness.

With treatment, most people with HIV/AIDS can live a healthy and normal life.

People who are on treatment need to see their health care providers regularly. This is to make sure the medicines are working and to check for side effects of the drugs.

Call for an appointment with your provider if you have any risk factors for HIV infection. Also call if you develop symptoms of AIDS. By law, the results of HIV testing must be kept confidential (private). Your provider will review your test results with you.

Safer sex practices, such as using latex condoms, are effective in preventing the spread of HIV. But there is still a risk of getting the infection, even with the use of condoms (for example, condoms can tear). Abstinence is the only sure way to prevent sexual transmission of HIV.

HIV-positive people who are taking antiretroviral medicines are less likely to transmit the virus.

The US blood supply is among the safest in the world. Nearly all people infected with HIV through blood transfusions received those transfusions before 1985, the year HIV testing began for all donated blood.

If you believe you have been exposed to HIV, seek medical attention right away. DO NOT delay. Starting antiviral medicines right after the exposure (up to 3 days after) can reduce the chance that you will be infected. This is called post-exposure prophylaxis (PEP). It has been used to prevent transmission in health care workers injured by needlesticks.

When is it important to wear sunscreen? Every day, says pediatrician Debra Barra-Stevens of Sutter Health's Palo Alto Medical Foundation.

How to Move Safely With Your New Joint

Learn how to safely move after joint replacement surgery with Lee D/'Alessandro, one of our Inpatient Assistant Physical Therapists.

How to Move Safely With Your New Joint 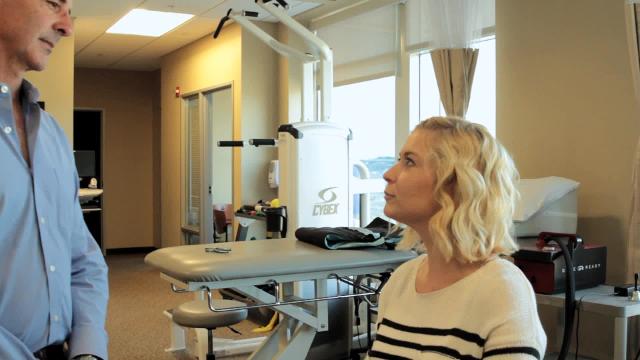 http://www.pamf.org/dr-david-n-white.html. Dr. White, Palo Alto Cosmetic Surgeon, talks about the benefits of plastic surgery of the face/neck - and who are appropriate candidates for surgery. He is a doctor at the Palo Alto Medical Foundation.

http://www.pamf.org/dr-steven-bates.html. Dr. Bates, Palo Alto Cosmetic Surgeon, talks about the benefits of breast augmentation surgery and who is an appropriate candidate. He is a doctor at the Palo Alto Medical Foundation.

Making the Most of Your Total Joint Replacement - Part One: Getting Ready for Surgery

Part One of this series helps you prepare yourself and your home for your total joint replacement procedure.

Making the Most of Your Total Joint Replacement - Part One: Getting Ready for Surgery

Laetitia Oderman, M.D. explains some comfort strategies to use during labor.

Part Three of this series helps you prepare for your trip to the hospital, what to expect on the day of your procedure, what are the goals for your going home and making plans for where you can stay immediately after discharge.

http://www.pamf.org/dr-benjamin-maser.html. Dr. Maser, Palo Alto Cosmetic Surgeon, talks about rhinoplasty, cosmetic surgery of the nose - what it is and who is an appropriate candidate. He is a doctor at the Palo Alto Medical Foundation.

Explanation of a "Kidney Paired Donation" or living donor swap.

Making the Most Of Your Total Joint Replacement - Part Two: Pre-Operative Exercises

Part Two of this series demonstrates exercises that will help you prepare your body for surgery and help you recover after your procedure.

Making the Most Of Your Total Joint Replacement - Part Two: Pre-Operative Exercises

How to safely use stairs with your walker or crutches after joint replacement.

Dr. Jeffrey Leinen describes when a medical problem requires a trip to the Emergency Department and when an Urgent Care clinic could help instead.

Dr. Jeffrey Leinen describes how important it is to store "In Case of Emergency" (I.C.E.) information to help medical technicians care for you in a medical emergency.