Autism spectrum disorder (ASD) is a developmental disorder. It often appears in the first 3 years of life. ASD affects the brain's ability to develop normal social and communication skills.

The exact cause of ASD isn't known. It's likely a number of factors that lead to ASD. Research shows that genes may be involved since ASD runs in some families. Certain medicines taken during pregnancy may also lead to ASD in the child.

Other causes have been suspected, but not proven. Some scientists believe that damage to a part of the brain, called the amygdala, may be involved. Others are looking at whether a virus may trigger symptoms.

The increase in children with ASD may be due to better diagnosis and newer definitions of ASD. Autism spectrum disorder now includes syndromes that used to be regarded as separate disorders:

Most parents of ASD children suspect that something is wrong by the time the child is 18 months old. Children with ASD often have problems with:

Some children seem normal before age 1 or 2. They then suddenly lose language or social skills they already had.

Symptoms can vary from moderate to severe.

A person with autism may:

Communication problems may include:

All children should have routine exams done by their pediatrician. More tests may be needed if the doctor or parents are concerned. This is true if a child doesn't meet any of these language milestones:

These children might need a hearing test, blood lead test, and screening test for ASD.

A health care provider experienced in diagnosing and treating ASD should see the child to make the actual diagnosis. Because there isn't a blood test for ASD, diagnosis is often based on guidelines from a medical book titled Diagnostic and Statistical Manual of Mental Disorders (DSM-V).

An evaluation of ASD often includes a complete physical and nervous system (neurologic) exam. Tests may be done to see if there is a problem with genes or the body's metabolism. Metabolism is the body's physical and chemical processes.

ASD includes a broad spectrum of symptoms. So, a single, brief evaluation can't tell a child's true abilities. It's best to have a team of specialists to evaluate the child. They might evaluate:

Some parents don't want to have their child diagnosed because they're afraid the child will be labeled. But without a diagnosis, their child may not get the needed treatment and services.

At this time, there is no cure for ASD. A treatment program will greatly improve the outlook for most young children. Most programs build on the interests of the child in a highly structured schedule of constructive activities.

Treatment plans may combine techniques, including:

This program is for younger children. It helps in some cases. ABA uses one-on-one teaching that reinforces various skills. The goal is to get the child close to normal functioning for their age.

An ABA program is often done in a child's home. A behavioral psychologist oversees the program. ABA programs can be very expensive and aren't widely used by school systems. Parents often have to find funding and staffing from other sources, which aren't available in many communities.

Another program is called the Treatment and Education of Autistic and Related Communication Handicapped Children (TEACCH). It uses picture schedules and other visual cues. These help children work on their own and organize and structure their environments.

Though TEACCH tries to improve a child's skills and ability to adapt, it also accepts the problems associated with ASD. Unlike ABA programs, TEACCH  doesn't expect children to achieve typical development with treatment.

There is no medicine that treats ASD itself. But medicines are often used to treat behavior or emotional problems that people with ASD may have. These include:

Only the drug risperidone is approved to treat children ages 5 through 16 for the irritability and aggression that can occur with ASD. Other medicines that may also be used are mood stabilizers and stimulants.

Some children with ASD seem to do well on a gluten-free or casein-free diet. Gluten is in foods containing wheat, rye, and barley. Casein is in milk, cheese, and other dairy products. Not all experts agree that changes in diet make a difference. And not all studies have shown positive results.

If you're thinking about these or other diet changes, talk to both a doctor and a registered dietitian. You want to be sure that your child is still getting enough calories and the right nutrients.

Beware of widely publicized treatments for ASD that don't have scientific support, and reports of miracle cures. If your child has ASD, talk with other parents. Also discuss your concerns with ASD specialists. Follow the progress of ASD research, which is rapidly developing.

Many organizations provide additional information and help on ASD.

With the right treatment, many ASD symptoms can be improved. Most people with ASD have some symptoms throughout their lives. But, they're able to live with their families or in the community.

ASD can be linked with other brain disorders, such as:

Some people with autism develop seizures.

The stress of dealing with autism can lead to social and emotional problems for families and caregivers, and for the person with autism.

Parents usually suspect that there is a developmental problem long before a diagnosis is made. Call your provider if you think that your child is not developing normally. 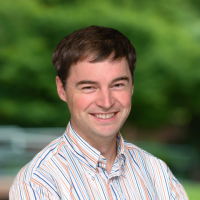 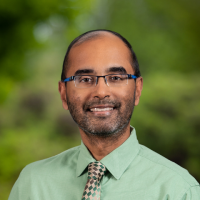