Because of its effects on personal appearance, rosacea causes significant psychological and social stress. According to the National Rosacea Society, more than 90 percent of rosacea sufferers say their condition lowers their self—esteem, and over 40 percent report that it causes them to avoid public contact and social engagements.

There's no permanent cure in many cases, but there are a number of ways to put rosacea in remission and minimize its impact.

If rosacea tends to run in your family it’s good to use only gentle skin care products, protect yourself from the sun and talk to your doctor right away if excessive blushing develops.

Early treatment is key. Because rosacea develops gradually and progressively, longstanding cases don’t respond well to treatment, and sometimes the skin damage is irreversible. So call a dermatologist when symptoms first appear—particularly if you’re a woman approaching menopause. When rosacea develops in perimenopausal women, it should be addressed early for best success. Your dermatologist can coordinate care with your primary care doctor or gynecologist. 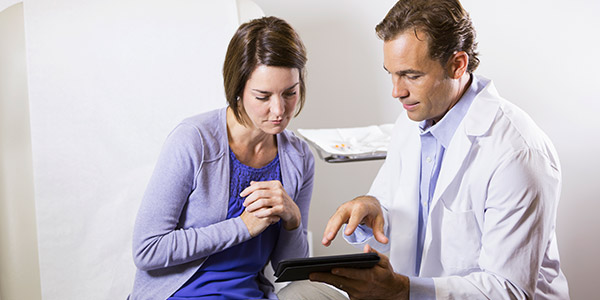 Doctors usually treat rosacea first with topical agents such as metronidazole gel, but your physician may also suggest oral antibiotics like doxycycline. There's also evidence the herbal remedy feverfew can help relieve rosacea symptoms. The goals of treatment are to reduce redness, which can cause embarrassment, and to stop disease progressing.