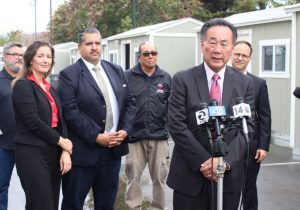 People that live and work in Oakland know that the number of homeless encampments in the city has been on the rise for several years. Between 2015 and 2017, the number of unsheltered residents in Oakland has increased by 26 percent.

To help work on this crisis, Sutter Health’s Alta Bates Summit Medical Center has partnered with the City of Oakland to support the city’s initiative to help move homeless people from encampments into temporary shelters. Over the last 10 months, the city has opened three Tuff Shed Shelter Community Cabin sites that provide shelter to Oakland’s long-term homeless population with social services connecting clients to health services, public benefits and other resources.

“Alta Bates Summit is committed to improving the health and wellness of our community and we are honored to be part of this collaborative partnership with the City of Oakland to help tackle the homeless crisis,” said Dr. Gerald Kozai, CEO, Alta Bates Summit Medical Center. “Homelessness is a public health issue and these shelter sites are providing a safe and healthier alternative than living on the streets.”

Sutter Health has financially supported three separate Community Cabin sites in Oakland in the last year. Each location was chosen in response to persistent public health and safety hazards at an existing large encampment. This third site will specifically serve people who are homeless near Lake Merritt.

Each outdoor shelter site houses 40 people at one time in 20 insulated cabins with windows. The sites include 24/7 security, basic sanitary services, storage for personal items, food service and electricity in each cabin. The first two shelter sites have served more than 125 people and have been an effective and compassionate intervention focused on increasing people’s health, stability, dignity and safety while service providers intensively work with people to help end their unsheltered status. 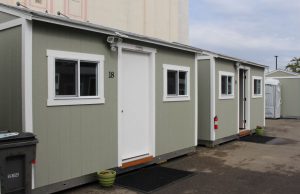 The third community cabin site will house up to 40 people near Lake Merritt.

The City of Oakland would like to add five more sites and help up to 400 people move off the streets and into supportive transitional or permanent housing within a year.

Three Leaders to Join Sutter Health Board of Directors in January

Holiday Cheer is the GOOOOOOOAL!