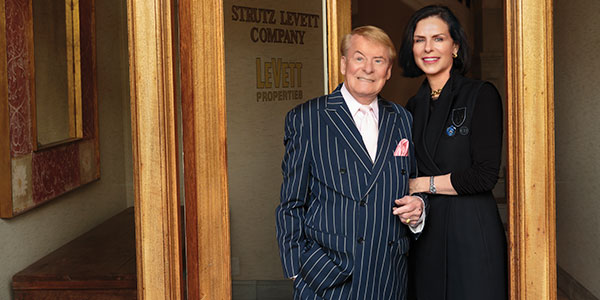 Long-time Palo Alto resident and Silicon Valley real estate investor Denny LeVett has been a part of PAMF’s “extended family” for decades. His best friend of 54 years, Duncan Matteson, is a member of the PAMF Community Board of Trustees and chairman of philanthropy for the Bay Area. Several years ago, LeVett graciously donated a building to the PAMF Palo Alto campus. And over the years, he and Matteson have talked about a number of other PAMF philanthropic opportunities.

After hearing about the vision that Conrad M. Vial, M.D., and Greg Engel, M.D., have to improve cardiovascular care in our Bay Area communities, LeVett and his wife Jeanne decided it was time to make another major gift to PAMF, in honor of Matteson, as well as their friendship.

“We loved them both immediately,” says LeVett of Drs. Vial and Engel. “We see a lot of the physicians at PAMF and appreciate them all, but these two, I absolutely love them.”

“PAMF’s expanded approach to caring for cardiac patients really resonated with us,” recalls Jeanne. “We were extremely impressed and knew right away we wanted to support their work to make this transformation.”

The Dennis A. LeVett Cardiovascular Care Center in Palo Alto was unveiled in 2016.

A Stroke of Luck

LeVett was raised on a farm in Iowa. He grew up with a passion for pheasant hunting and, to this day, makes it back regularly to celebrate the opening of the season and spend time at Lake Okoboji. Hunting also gave him a love for antique firearms. LeVett first showed an interest in the antiques at the age of 9, and his father’s friends soon started giving him pieces for his collection. Now, LeVett owns the largest collection of Colt Paterson antiques in the world.

He describes his journey to California as “a bit of luck.” LeVett had intended to be a pilot for Northwest Orient (later renamed Northwest Airlines), but while attending the University of the Pacific in Stockton, California, a real estate professor gave him another idea—to pursue real estate in a college town.

PAMF’s expanded approach to caring for cardiac patients really resonated with us. We were extremely impressed and knew right away we wanted to support their work to make this transformation. - Jeanne Cox LeVett

“I thank my lucky stars for that professor,” beams LeVett. “I asked him what town he would recommend and he mentioned Palo Alto.”

LeVett had friends in the Palo Alto area and tested the waters in real estate. He started with one small apartment building, living in one unit and managing the complex. He quickly realized this was the right career for him. LeVett sent a resignation letter to the airline before ever piloting a flight.

“Even then, in 1961, I referred to Palo Alto as the ‘Wall Street’ of Silicon Valley, with all of the tech start-up companies of that day — HP, Ampex, Varian — I knew it was poised for tremendous growth,” says LeVett.

His passion for refurbishing older apartment buildings progressed to hotels. LeVett currently owns several in the Carmel area, including the Vagabond’s House Inn, Monte Verde Inn, Forest Lodge and the Cypress Inn, which he co-owns with his famous business partner, Doris Day.

“I actually met Doris through her son, Terry Melcher,” recounts LeVett. “Melch — that’s what I called him — was a great friend and musician in his own right, and he begged me for years to take his mom on as a partner. Finally I agreed.”

Day, a long-time Carmel resident, and LeVett have been in business together for 28 years and it has been a resounding success. He thinks it could be one of the longest relationships either one of them has had, not counting his friendship of five decades with Matteson.

Matteson was a stockbroker before joining LeVett and another close friend, Bill Reller, to become business partners between 1967 and 1978. “Denny is the most unique friend I have,” Matteson says of the friendship.

“I met Duncan at the Palo Alto Junior Chamber of Commerce in 1961,” recalls LeVett. “We both worked long hours and one night went out for a drink to discuss the future of real estate investment in Palo Alto and Silicon Valley. We’ve been the best of friends ever since.”

Give to Palo Alto Medical Foundation - invest in health. 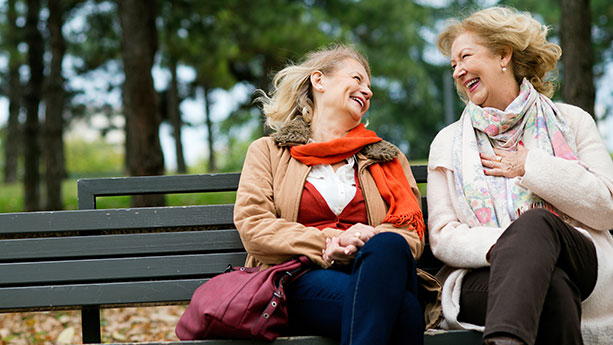