Spirituality has been defined in numerous ways, including a belief in a power operating in the universe that is greater than oneself, a sense of interconnectedness with all living creatures, and an awareness of the purpose and meaning of life and the development of personal, values. It's the way you find meaning, hope, comfort, and inner peace in your life. Although spirituality is often associated with religion, personal spirituality can also be developed through music, art or a connection with nature. People also find spirituality through acts of compassion and selflessness, altruism, and the experience of inner peace.

Many Americans are becoming interested in the role of spirituality in their health and health care, perhaps because of dissatisfaction with the impersonal nature of our current medical system, and the realization that medical science does not have answers to every question about health and wellness.

What is the history of spirituality and health care?

In most healing traditions, and in the beginnings of Western medicine, concerns of the body and spirit were intertwined. But with the coming of the scientific revolution and enlightenment, these considerations were removed from the medical system. Today, however, a growing number of studies reveal that spirituality may play a bigger role in the healing process than the medical community previously thought.

How does spirituality influence health?

Spiritual practices tend to improve coping skills and social support, foster feelings of optimism and hope, promote healthy behavior, reduce feelings of depression and anxiety, and encourage a sense of relaxation. By alleviating stressful feelings and promoting healing ones, spirituality can positively influence immune, cardiovascular (heart and blood vessels), hormonal, and nervous systems. An example of a religion that promotes a healthy lifestyle is Seventh Day Adventists. Those who follow this religion, a particularly healthy population, are instructed by their Church not to consume alcohol, eat pork, or smoke tobacco. In a 10 year study of Seventh Day Adventists in the Netherlands, researchers found that Adventist men lived 8.9 years longer than the national average, and Adventist women lived 3.6 years longer. For both men and women, the chance of dying from cancer or heart disease was 60 to 66% less, respectively, than the national average.

Again, the health benefits of religion and spirituality do not stem solely from healthy lifestyles. Many researchers believe that certain beliefs, attitudes, and practices associated with being a spiritual person influence health. In a recent study of people with acquired immune deficiency syndrome (AIDS), those who had faith in God, compassion toward others, a sense of inner peace, and were religious had a better chance of surviving for a long time than those who did not live with such belief systems. Qualities like faith, hope, and forgiveness, and the use of social support and prayer seem to have a noticeable effect on health and healing.

What illnesses and conditions respond well to spirituality?

Programs with a strong spiritual component, such as Alcoholics Anonymous (AA), show that spiritual disciplines may be especially effective for drug and alcohol addiction. The regular practice of prayer and meditation is strongly associated with recovery and abstinence from drugs.

Results from several studies indicate that people with strong religious and spiritual beliefs heal faster from surgery, are less anxious and depressed, have lower blood pressure, and cope better with chronic illnesses such as arthritis, diabetes, heart disease, cancer, and spinal cord injury.

One clinical study at Duke University found that people who attend regular religious services tend to have better immune function. In another clinical study of 232 older adults undergoing heart surgery, those who were religious were 3 times less likely to die within the 6 months after surgery than those who were not. Not one of the 37 people in this study who described themselves as deeply religious died. Of course, the studies are not comprehensive, and many people find help in spiritual resources for numerous conditions.

Can spirituality have a negative impact on health?

Some experts warn that religious beliefs can be harmful when they encourage excessive guilt, fear, and lowered self worth. Similarly, physicians should avoid advocating for particular spiritual practices; this can be inappropriate, intrusive, and induce a feeling of guilt or even harm if the implication is that ill health is a result of insufficient faith. It is also important to note that spirituality does not guarantee health. Finally, there is the risk that people may substitute prayer for medical care or that spiritual practice could delay the receipt of necessary medical treatment.

How can I receive spiritual counseling when I am in the hospital?

Many hospitals have access to counselors from organized religions. If you would like spiritual counseling or someone to pray with, ask your doctor to refer a counselor.

What is the future of spirituality in medical practice?

Many medical schools in the United States have included spiritual teachings in their curricula. However, what role, if any, a doctor should play in assisting or guiding patients in spiritual matters remains controversial. In addition, given that there appears to be a growing belief in the connection between spirituality and health, scientists in this field feel that research should begin to focus on assessing the validity of this connection, a better understanding of why there is this connection, and how it works. Interesting research is also emerging regarding the impact of religion and spirituality (both the child's and the parents') on the health of children and adolescents.

Kashdan TB, Nezlek JB. Whether, when and how is spirituality related to well-being? Moving beyond single occasion questionnaires to understanding daily process. Pers Soc Psychol Bull. 2012;38(11):1523-35.

Lawler-Row KA, Elliott J. The role of religious activity and spirituality in the health and well-being of older adults. J Health Psychol. 2009;14(1):43-52.

McCaffrey AM, Eisenberg DM, Legedza AT, Davis RB, Phillips RS. Prayer for health concerns: results of a national survey on prevalence and patterns of use. Arch Intern Med. 2004;164(8):858-62.

After CPMC's oncology team and the Institute for Health & Healing helped save musician Eric Muhler's life, he found a special way to give back. 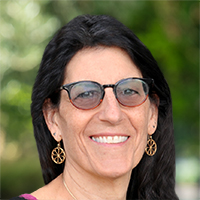 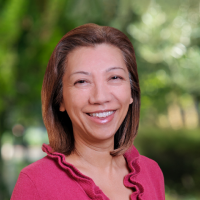 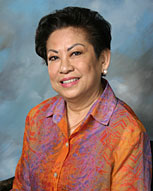 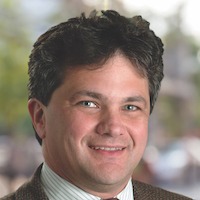 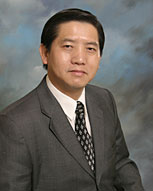 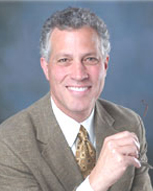 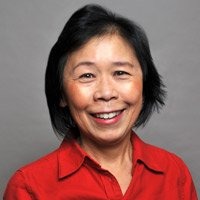