Video-EEG monitoring allows your doctor to see exactly how many seizures you’re having and where your seizures begin. If you undergo continuous monitoring, you’ll be admitted to the hospital for observation.

EEG electrodes are placed on your head, or, sometimes inserted into your cheek. They’ll stay in place for three to seven days. The electrodes are connected to EEG monitoring equipment and a video camera records you the whole time. Doctors compare the video to the electrical activity recorded by the EEG to get a better understanding of your seizures. You’ll be able to move around in your room but you won’t be able to leave it.

During monitoring, your anti-seizure medicine will be reduced, and we may also use sleep deprivation to induce seizures.

If you haven’t already, you may also have an MRI and PET scan during your stay, along with a SPECT scan and other tests.

Your Hospital Stay for EEG Monitoring

We encourage you to wear your regular clothes, but please avoid anything you have to pull on over your head. You are invited to bring plenty of reading material and your favorite hobbies to help pass the time. The team will take a look at any personal items for safety reasons.

If you’re here for diagnosis, you’ll go home with a plan for a follow up visit.

If you’re here for surgical evaluation, you’ll be discharged once the level of medicine in your blood returns to normal. The epilepsy team will review all the findings and decide on the next stage of testing. If we can identify the location of your seizures, you’ll be invited in for a Wada test. If not, we may admit you later for evaluation with intracranial electrodes.

The electrodes will be surgically inserted and will be removed once we have enough information about where your seizures begin.

The surgery typically lasts between four to six hours and you will be able to get out of bed within 24 to 48 hours. You may have some side effects including a headache,and  some scalp or eyelid swelling. Some patients may experience a leak of clear spinal fluid which is completely harmless.

We start recording 24 to 48 hours after the electrodes are inserted and you can expect to stay in hospital for around 10 days, depending on the number of seizures you have. To ensure we can monitor your seizures, your medication will be reduced, and we may use sleep deprivation, just as with your initial evaluation.

You might be asked to read or carry out tasks to help us map out important areas of your brain.

Once the level of medication in your blood is back to normal, you’ll be able to go home. Most patients return to work or school after a few days. Meanwhile, the team will review the findings and decide whether epilepsy surgery is a good option for you.

You must tell your doctor if you are allergic to iodine or shellfish before taking this test.

For the Wada test, we inject dye through a catheter in your groin. The dye travels to your head and allows us to see the blood vessels in your brain. Once the dye is in place, we’ll connect you to an EEG machine and use medicine to put half of your brain to sleep. We’ll ask you some questions and to remember some words or pictures. We’ll then repeat the test on the other side.

After the test, you’ll need to lie in bed with your leg up for six to eight hours to prevent bleeding from the catheter site.

Seizures are most often located in the temporal lobe of the brain. Temporal lobectomy surgery removes the problem tissue in that area and has a high success rate in controlling seizures. There are also surgeries available to remove seizure-causing tissue in other areas.

In some cases, we cut the connections between the two halves of the brain to prevent seizures spreading from one half of the brain to the other. This is called corpus callosotomy and it’s designed to reduce the number and severity of falling seizures.

Epilepsy surgery usually lasts around five hours. Afterwards, you will have a headache for several days and may feel sick. Some patients also complain of neck and backaches, facial swelling or a black eye. You should feel better by the third day and you’ll be ready to go home four to seven days after the operation.

As with all surgeries, there are risks, and your team will discuss these with you before surgery.

What Happens After Epilepsy Surgery?

Your doctor will discuss any risks and how to take care of yourself after surgery, but most patients are able to return to work or school within six to eight weeks. Your hair will grow back, and you’ll be able to gradually build up your strength with short walks and gentle exercise. Some patients find their emotions go up and down over the months following surgery. There is medication that can help, if necessary.

Many patients get their driving licenses back after 12 months with no seizures. After you’ve completed two to five years without any seizures, we’ll work with you on a plan to reduce or even stop your anti-seizure medicine.

Postoperative care is very important, and we’ll need to see you three months, six months and one year after your surgery, and then once a year after that.

Connect with an Epilepsy Specialist

Call to schedule an appointment. 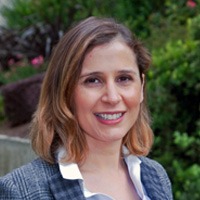 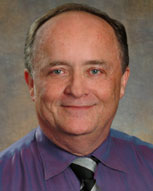