At Alta Bates Summit Medical Center, our NICU Family Advisory Council works to make the neonatal intensive care unit (NICU) a comfortable and welcoming environment for babies and their families. The council is a partnership between former NICU parents and staff who support families during an often frightening and overwhelming time. 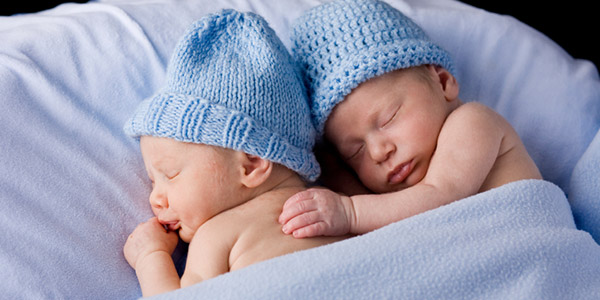 Our NICU Family Advisory Council engages in a broad range of work and also raises funds to help families who are experiencing extreme financial hardship. The goal is to remove obstacles that may keep parents and family members from spending valuable time with their baby or babies and provide resources so their baby can go home safely.

Donated funds are used to:

For more information about the program, or to make a tax-deductible donation, email a family advisor at absmcfac@sutterhealth.org.

The Alta Bates Summit Medical Center Family Advisory Council is a partnership between NICU parents and staff who are passionate and committed to supporting NICU babies and their families.

We meet monthly and engage in a broad range of work, including:

We want to make the NICU a comfortable and welcoming environment for babies and their families.

We are Moms and Dads of Alta Bates Summit NICU babies. Our babies have left the NICU, but our hearts and voices have not. Returning from a place of gratitude, we serve as liaisons between families and hospital staff offering our unique perspective to the doctors, nurses and the people you see every day. We are here to talk and to listen. We are here because we remember.

My twin girls, Corinne and Makena, were born at 32 weeks in September 2012. Born at 3.1 pounds and 4.10 pounds, respectively, they were once little fighters who are now busy, active toddlers. We were in the NICU for six weeks and felt very cared for by our team of doctors and nurses. While we felt supported by the NICU staff, I also remember feeling isolated and unsure of the future. I am grateful to have an opportunity support other families who may be having similar feelings.

As a single, working mom who is very community and family-oriented, I am honored to be able to stand up for parents and work with the medical staff on this council. My daughter, Zion, was born just shy of 4 pounds at 34 weeks. In the nearly three weeks we spent in the NICU, Zion’s father and I crossed paths with parents of varying ages, backgrounds and issues — some of whom could barely make it there because of geographical or other obstacles. I’m here because I remember what it was like.

Our twins Sonya and Hector were born unexpectedly at 26 weeks and 27 weeks, six days apart, and stayed in the NICU for three months. After a rocky start the kids are now 5-years-old and attacking life enthusiastically. Their first Christmas was not at all what we had imagined; continuous positive airway pressure machines, intravenous nutrition, blue lamps, etc. But the care of the staff and former patients’ families helped us through the low times. I am happy to be able to help other families now.

In April 2010, my son Zion was born at 24 weeks and weighed 1 pound, 4 ounces. He is a twin, but due to unforeseen circumstances his sibling Zoe died two weeks before I went into labor. Zion’s lungs were very weak and he needed oxygen for seven months. After surgery for patent ductus arteriosus, eye surgery and a five-month hospital stay, Zion was able to come home. The nurses and doctors took good care of my son and my family. I am a Family Advisory Council member because they fought for Zion to be here when he was at his weakest. I want to do the same for another family.

My daughter Djuna was born at 30 weeks and five days, weighing a mere 2 pounds. Shortly after her birth I was diagnosed with HELLP Syndrome, a rapidly progressive form of preeclampsia. She came home on April 4, 2014, having spent 51 days in the NICU, and is now a healthy, happy girl. My wife, son and I are deeply grateful to the NICU folks who took such good care of Djuna. I am happy to be a part of this community of parents in the service of other families who've needed NICU support.

I am a father of twin 25-weekers, Milo and Madeline. My wife went into sudden, pre-term labor in June 2008. Less than nine hours later we were new parents of preemies. Our kids were very sick and stayed more than four months in the NICU. Despite many weeks on intubation, patent ductus arteriosus ligations, a grade 3 intraventricular hemorrhage for my son, retinopathy, bronchopulmonary dysplasia, and other challenges, Milo and Maddy are doing great thanks to the remarkable, caring staff at Alta Bates Summit Medical Center. I'm very glad to give back as a Family Advisory Council member.