If your epilepsy is caused by a problem in an area of the brain called the temporal lobe, you might find that medication isn’t enough to control your seizures. In that case, temporal lobectomy surgery can offer a 70 to 90 percent chance of curing your epilepsy.

Epilepsy specialists in the Sutter Health network will run a series of tests, including brain scans and memory tests, and use EEG sensors to record your brainwave activity. These tests will show whether the surgery is likely to help you.

During temporal lobectomy surgery, surgeons use specialized tools to remove the seizure-causing brain tissue from the areas just behind your ears. The surgery will take between four and six hours. The areas of the brain that control language and movement are not involved, and the incisions will be invisible once your hair grows back.

Patients usually recover in hospital for four to seven days before going home. Most get back to their normal daily activities, including exercise, work or school, within six weeks.

You’ll have regular follow-up visits with the Epilepsy Program to track your progress. Once your doctors are satisfied that your seizures are under control, we’ll work with you on a plan to reduce your anti-seizure medications or even stop them altogether.

You’ll need a referral for temporal lobectomy, but the process is covered by most insurance plans.

All surgery carries risks, so talk to your neurologist about the treatment and any side effects you may have. 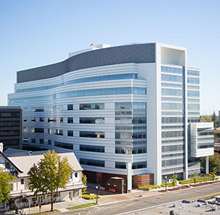 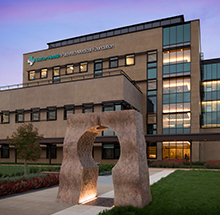