While many conditions are diagnosed and treated through endoscopy, complex interventional endoscopy offers effective options for more difficult-to-treat conditions. Utilizing multimodality imaging technologies such as fluoroscopy and endoscopic ultrasound, the Interventional Endoscopy Service's (IES) dedicated team is able to diagnose and treat a wide variety of complex diseases and conditions including:

These procedures developed and made available at the Paul May and Frank Stein Interventional Endoscopy Center at CPMC are the most advanced in the world and aren’t commonly available in local medical facilities. 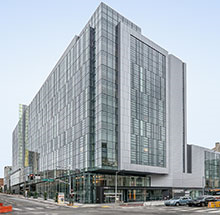