Does Meat Cause Cancer?

Eating too much red meat and processed meat can be harmful for your health.

America is a nation of meat eaters, with the average person consuming about 100 pounds of red meat each year, according to the United States Department of Agriculture. But numerous studies have found that consuming red meat can be dangerous to your health, causing an increased risk for heart disease, Type 2 Diabetes and multiple types of cancers.

In 2015, the World Health Organization’s International Agency for Research on Cancer (IARC) made headlines around the world when it announced that processed meats cause cancer. Processed meat includes bacon, salami, bologna, hot dogs, sausages, corned beef, pastrami, canned meat and ham. This category also includes any meat that has been preserved by smoking, curing, salting or adding preservatives. 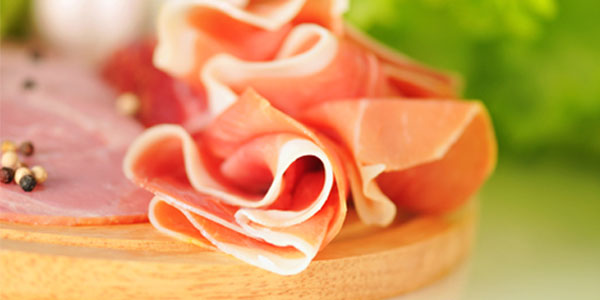 The IARC  group of 22 experts from 10 countries found that eating 50 grams of processed meat a day, which is less than two slices of bacon, increases the chance of developing colorectal cancer by 18 percent.  Toni Brayer, M.D., an internist with the Sutter Pacific Medical Foundation, says IARC confirmed what many scientists and doctors have known for years — that processed meats are essentially carcinogenic.

“The data is as strong as it possibly can be that processed meat creates a higher incidence of cancers, particularly pancreatic, prostate, stomach and colorectal cancers,” Dr. Brayer says. “IARC also said that fresh cuts of red meat probably cause cancer, too.”

Processed meats are now listed in the same carcinogen category as alcoholic beverages, asbestos, arsenic, diesel engine exhaust and cigarettes. However, that does not mean that they are all equally as dangerous or represent the same level of risk, Dr. Brayer notes.

Fresh red meat such as beef, lamb, veal and pork may also cause cancer, but the World Health Organization says this may in part be linked to the ways such meats are typically cooked. Grilling, frying, broiling and other high-temperature cooking methods can create cancer-promoting chemicals.

A recent study by the University of Texas MD Anderson Cancer Center found that increased meat consumption is linked to a higher risk for kidney cancer. The effect was particularly high for people who grill their meats, whether red or white meat.

Instead of throwing your meat on the grill, nutrition experts suggest baking or poaching meats. Many even encourage people to stop eating meat altogether by going vegan or becoming vegetarian. If that’s not for you, Dr. Brayer says there are steps you can take to reduce the likelihood of developing cancer from eating meat.

The first step is to limit how much meat you eat. The American Institute for Cancer Research advises people eat no more than 18 ounces of red meat per week, or about 50 grams per serving. The Institute also suggests people stop eating processed meat altogether. If you can’t imagine giving up sausage or bacon, cut back your consumption and save it for a special occasion such as Christmas morning.

“Your protein serving should be the size of a deck of cards. That’s about what 50 grams is,” Dr. Brayer says.

Incorporate different sources of proteins into your diet such as beans, fish, legumes, nuts and tofu instead of relying on meat. Round out your meal with plenty of fruits, vegetables and whole grains. To help yourself feel full, focus on getting more fiber in your diet. If you do choose to eat meat, select lean cuts, take the skin off of chicken and use other heart healthy cooking tips. If you want to grill your meat, use a marinade to help reduce the formation of carcinogenic chemicals and don’t eat any charred portions.

Dr. Brayer says it’s also a good idea to buy meats that are grass-fed, organic and local as they are more likely to have fewer hormones and chemicals in them, which may also cause cancer.

“Factory farming that’s done by many of the big-name brands is not good for you and is really terrible for the environment. As much as possible, if you’re going to eat meat, make sure you know the source,” she says.